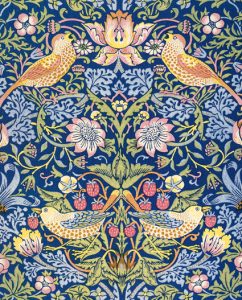 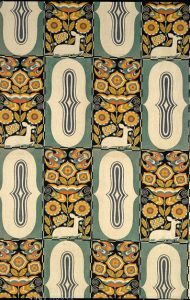 The Austrian painter and graphic artist Carl Otto Czeschka was one of the most important designers of the Wiener Werkstätte. He participated in the Gesamtkunstwerk Palais Stoclet in Brussels and supplied a total of fourteen patterns for the fabric department of the Wiener Werkstätte. He designed this printed fabric with the melodious name »Forest idyll« in 1910/11, when he was already working at the School of Arts and Crafts in Hamburg.
The motif was printed on silk or linen and used as a decoration and clothing fabric. A historical photograph from 1916 shows Gustav Klimt wearing a robe made of this fabric on the occasion of an artists’ festival in the Primavesi house, which was also used for one of the guest rooms in the house. The fabric was acquired in 1913 for the Chemnitz collection. 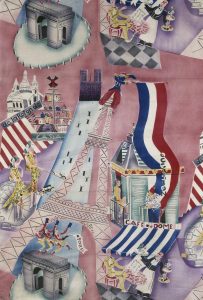 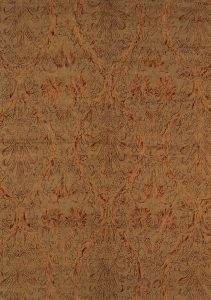 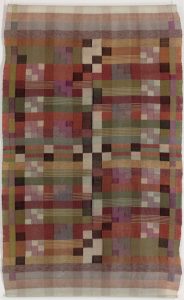