The Gallery of Modern Art

The foundation of the Städtische Kunstsammlung in Chemnitz in 1920 marked the beginning of systematic museum collecting activities. As a municipal institute the Städtische Kunstsammlung was located in the new museum building, along with the Kunsthütte. The founder-director of the Städtische Kunstsammlung was Friedrich Schreiber-Weigand, who had directed the Kunstverein since 1911 and continued to be active in this capacity as well. The agenda he formulated involved »giving the collection a form that would enable it to stand out among the up-and-coming new museums that had emerged as creations of a modern urban spirit.« After just five years, he had succeeded in acquiring more than 185 paintings and 26 sculptures by contemporary artists. In 1923 he also instituted a Graphic Art Cabinet. Despite the difficult economic situation, inflation and some ideological resistance, the Galerie der Moderne – a contemporary show of modern art – was set up on the 2nd floor, in collaboration with the artist Karl Schmidt-Rottluff. Given the fact that the rooms used at that time were structurally altered over the course of the decades, in the current reconstruction (design: Enzo Zak Lux) of that Galerie, a coloured wall represents one of the former nine exhibition rooms.

Friedrich Schreiber-Weigand and Karl Schmidt-Rottluff
When, Karl Schmidt left his place of birth, Rottluff, in 1905 after finishing secondary school so as to study architecture in Dresden, no one could have foreseen that twenty years later his artistic oeuvre would become the basis of a modern museum collection. Works by Karl-Schmidt-Rottluff were on show in the museum’s opening exhibition as early as 1909, alongside works by 200 other artists. In the 1920s he was by far the best represented Expressionist, ahead of Ernst Ludwig Kirchner, Erich Heckel, Otto Mueller, Max Pechstein and Emil Nolde. Nine paintings and numerous prints had entered the collection through donations and acquisitions. Karl Schmidt-Rottluff maintained a friendly correspondence with the museum director Friedrich Schreiber-Weigand, advising him on new purchases and sometimes drawing his attention to other artists. Although the artist lived in Berlin as of 1911, he visited his family regularly and also the
museum in Chemnitz. It was not surprising therefore that Schreiber-Weigand entrusted him with the task of designing the colour scheme for his new gallery concept.

The Colour Scheme of the Gallery of Modern Art
The collection was to be shown not as a wall-filling presentation, but as a single-row of works in neutral architectural surroundings. The aim was to underscore art’s aspiration to autonomy. This gave rise to the idea of adapting the colour of the walls to the respective works of art in the individual rooms. Karl Schmidt-Rottluff developed a corresponding concept. The walls must have been painted, in one colour for each room, around February 1926. As no precise documents or colour samples have survived from that period, our reconstruction of the colour scheme draws on newspaper reviews and reportages and black-and-white photographs; it is also oriented around the colours Karl Schmidt-Rottluff used in his paintings. At that time, Oskar Kokoschka was hung on cobalt green, Edvard Munch and Wilhelm Lehmbruck on light yellow. Ferdinand Hodler and Ernst Ludwig Kirchner on blue and Karl Hofer on brown. As many works from that era have been lost or were confiscated, this reconstruction tries to come as close as possible to providing a concentrated impression of the historical situation by means of the individual works that have been preserved along with representative substitutes. At the same time, it attempts a new interpretation of that situation.

Confiscations and Losses »Entartete Kunst«
Many of the works on show between 1926 and 1929 are no longer in the Kunstsammlungen Chemnitz. Between 1934 and 1944 they were either defamed as »degenerate art« and became victims of prohibitions and confiscations, or else they were sold or exchanged. Today many of the works are in other museums and private collections; the whereabouts of some is unknown. It was possible to re-purchase Wilhelm Lehmbruck’s sculpture The Thinker and Karl Schmidt-Rottluff’s painting Autumn Landscape. A few of the works returned to the museum on permanent loan, for example, Oskar Kokoschka’s Self-portrait with Crossed Arms. The photo-montage based on historical photographs shows all the paintings and sculptures which were part of the holdings of the Kunstsammlungen Chemnitz at the time. What could not be taken into account in this context are the equally extensive losses in the graphic art sector. 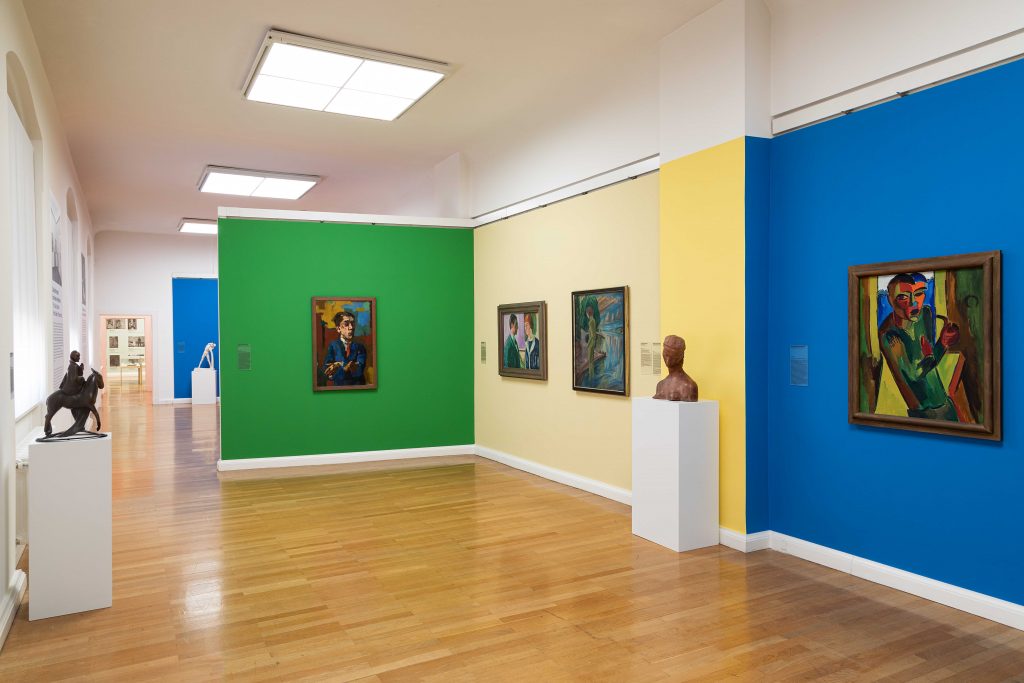 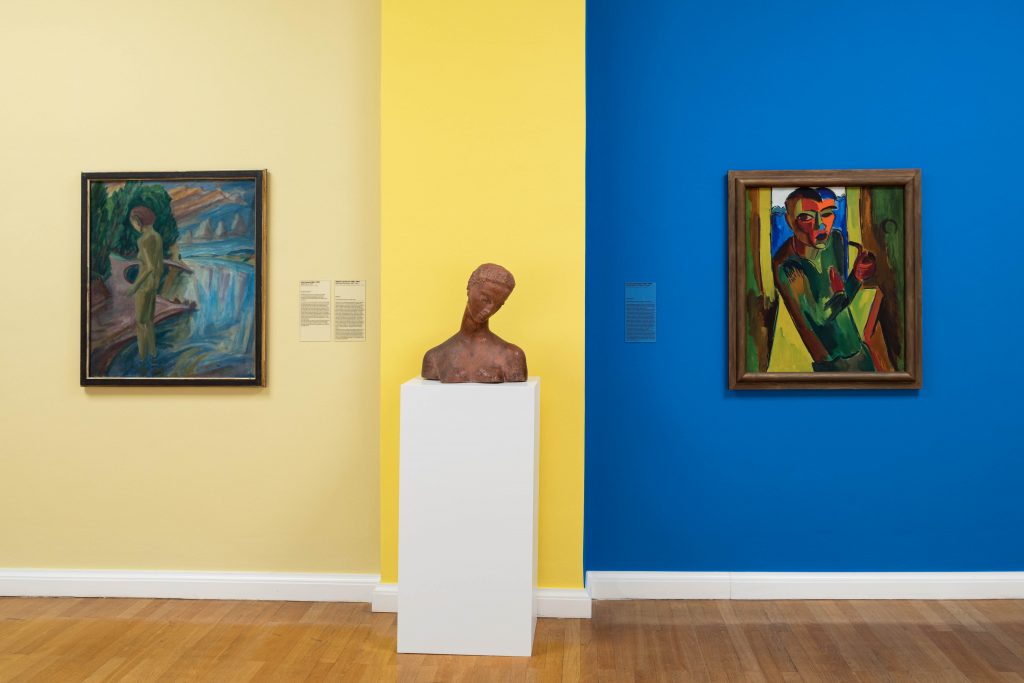 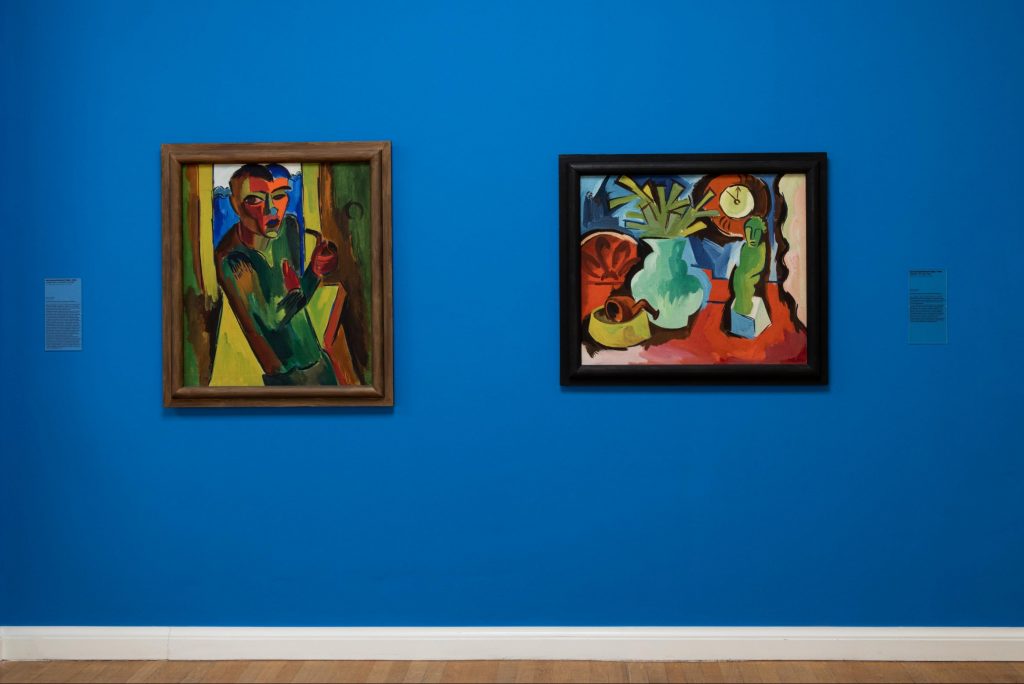 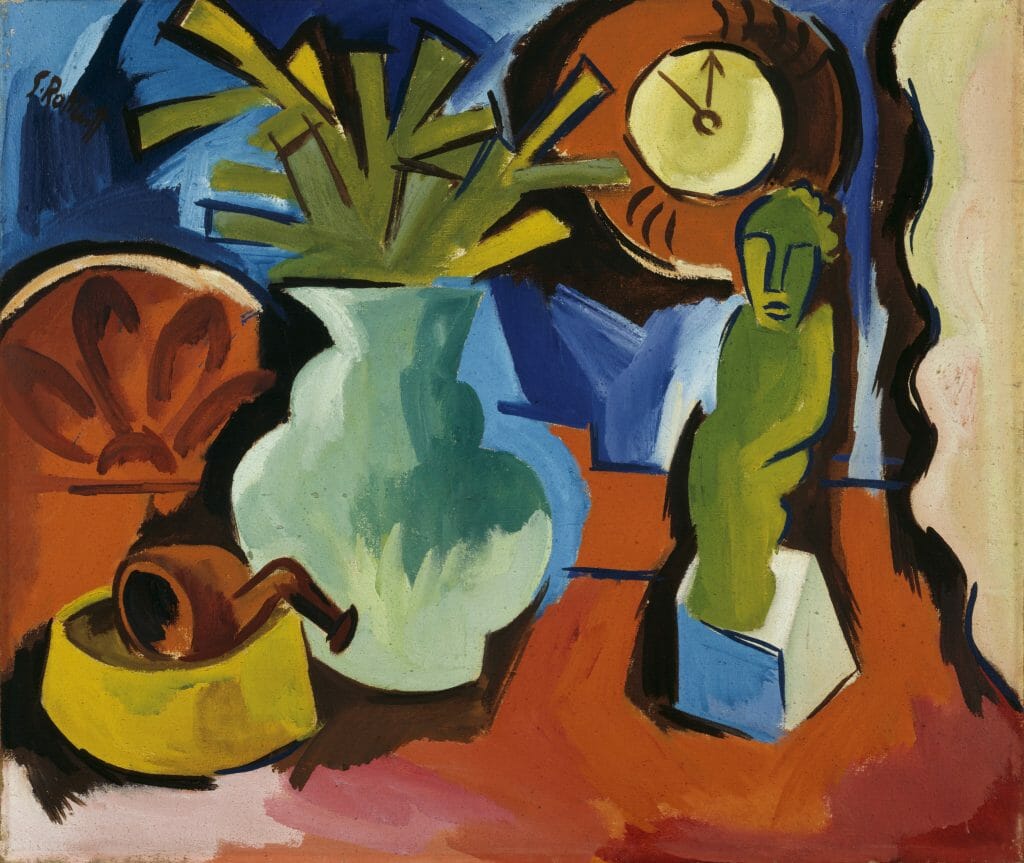 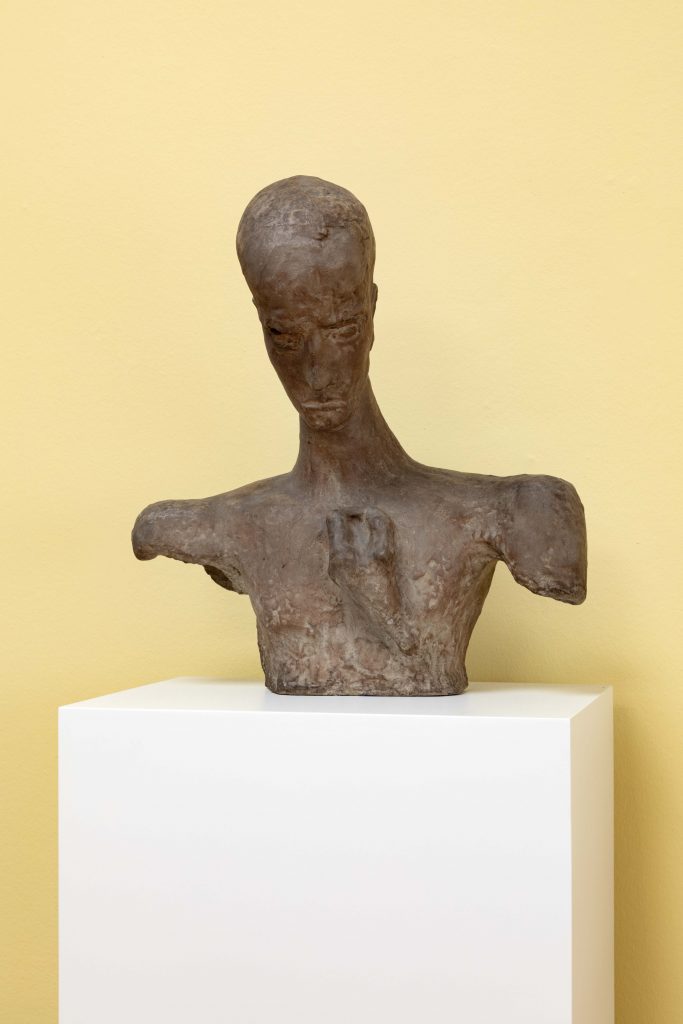 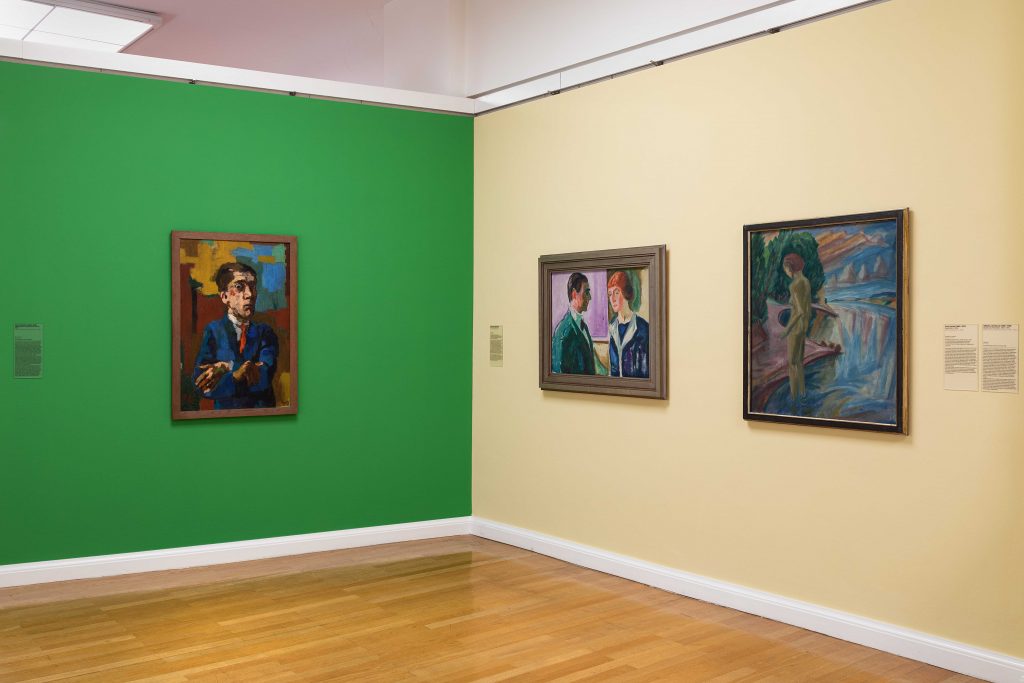 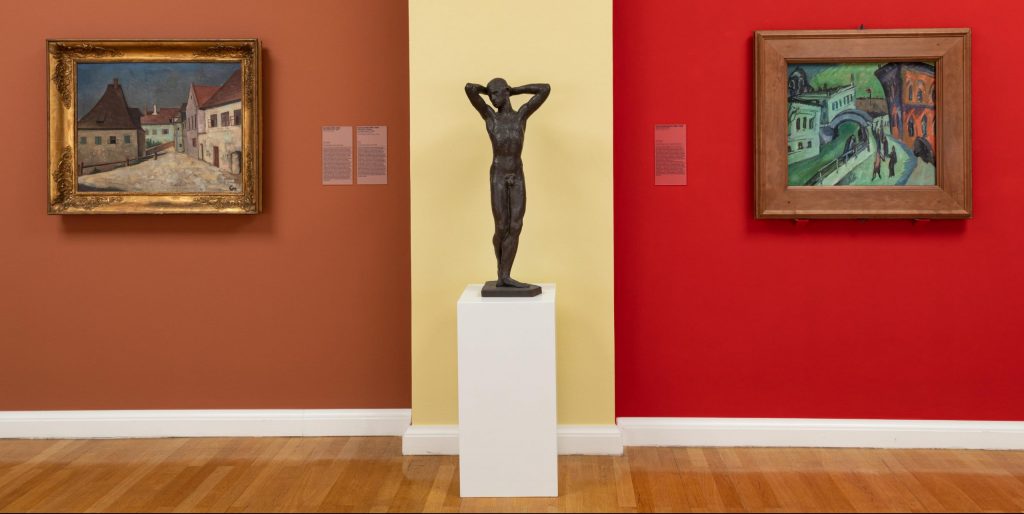 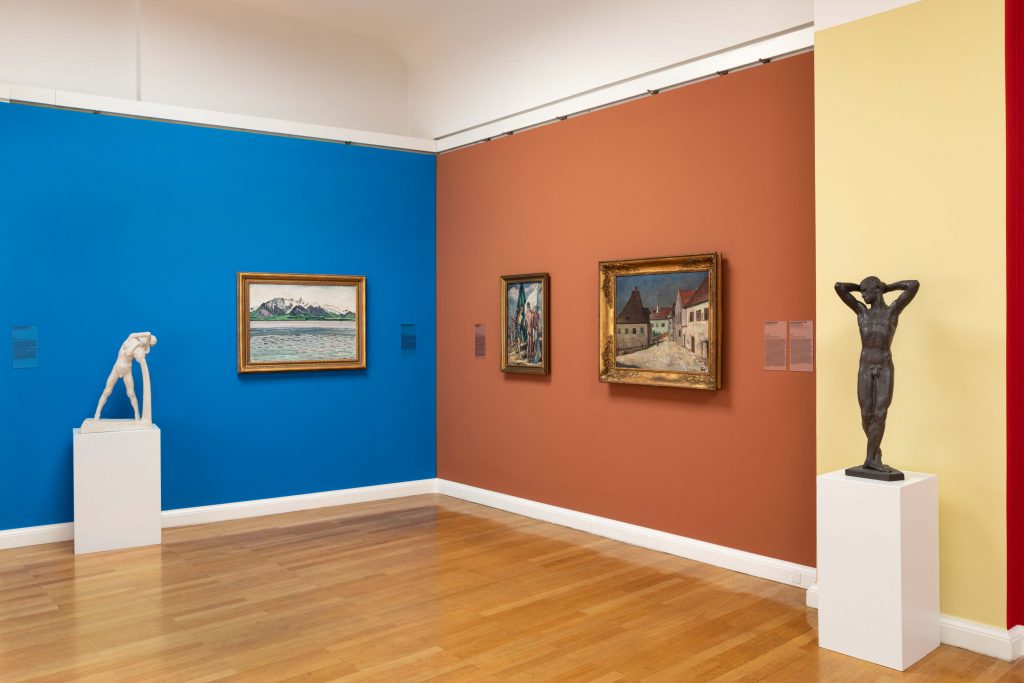 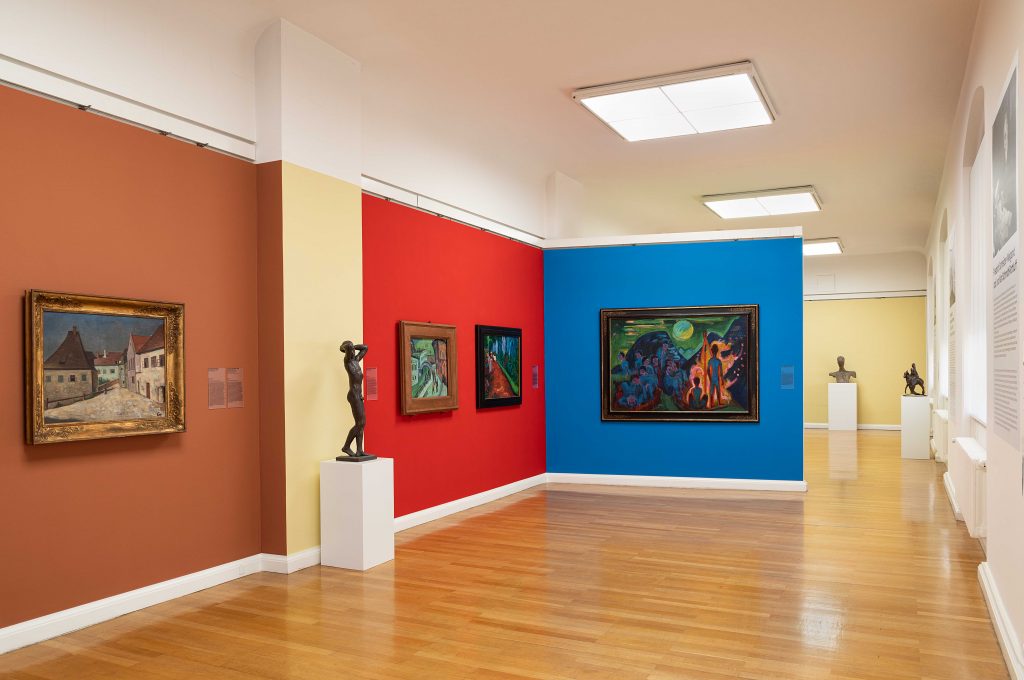 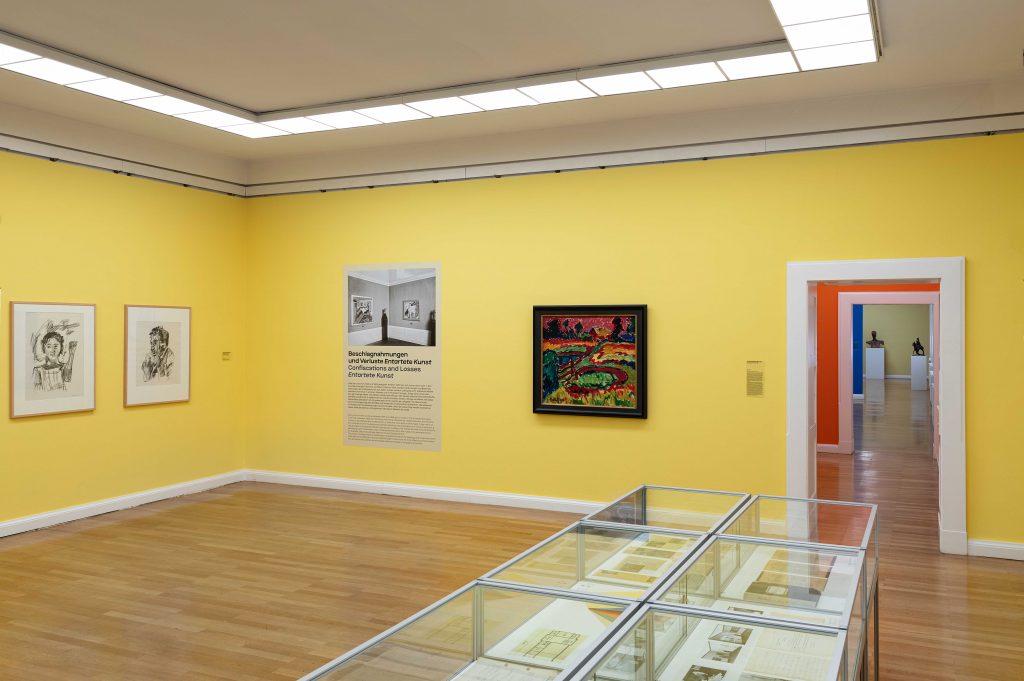 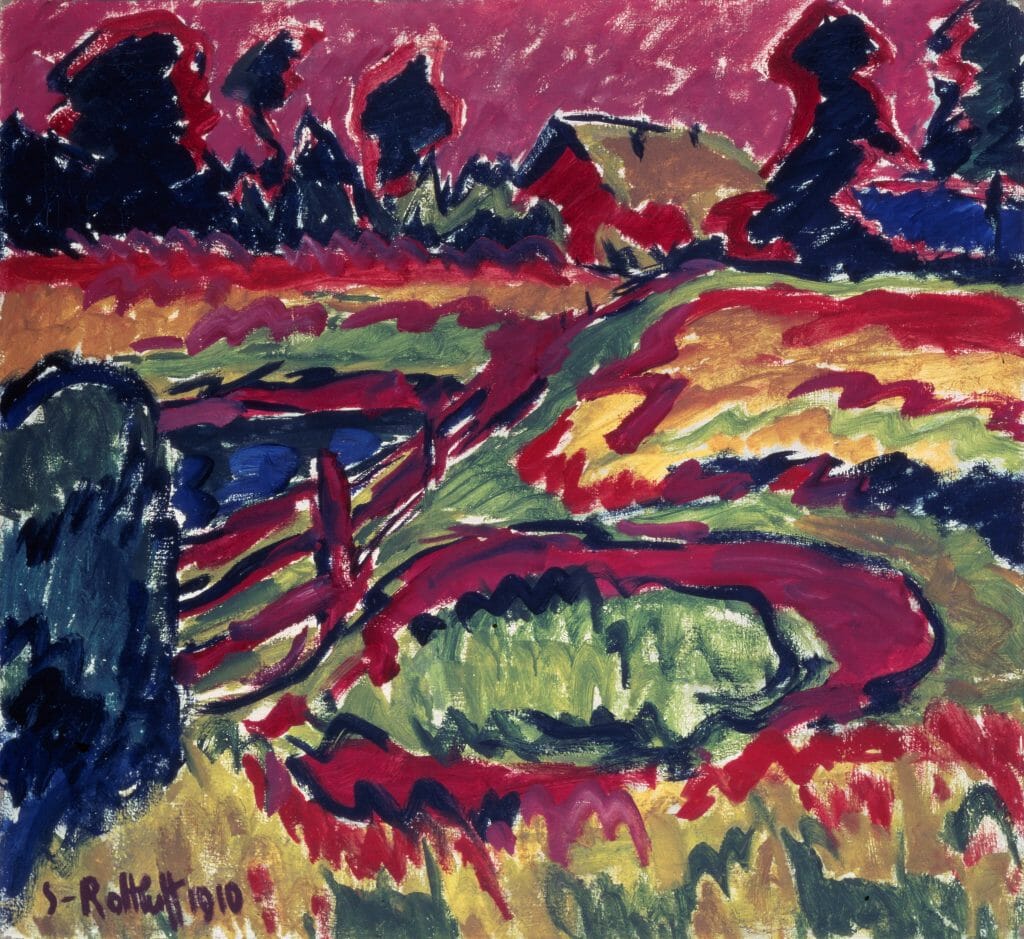 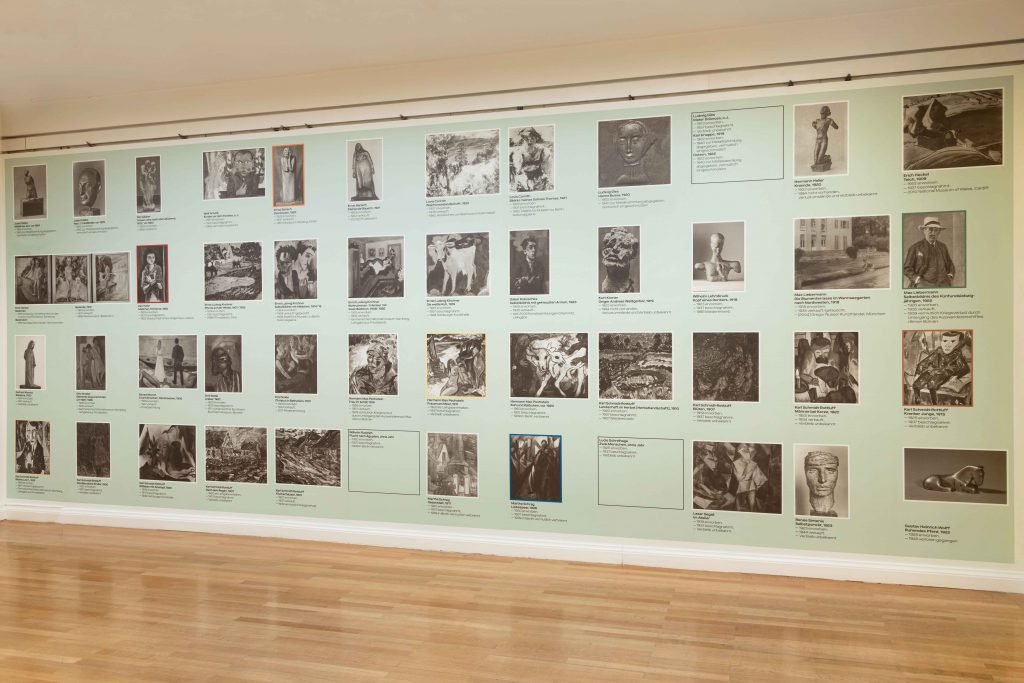