Carlfriedrich Claus (1930–1998) is considered to be one of the co-founders of visual poetry and is held in high international regard today. He created intricate small-format works on transparent paper, which he inscribed and described on both sides so densely that the lines form networks and overlays that suggest figures or landscapes. Illegible in the true sense of the term, Carlfriedrich Claus himself considered these sheets as a peripheral area of literature and referred to them as »language sheets«. Parallel to this, he created an acoustic work of non-semantic »sound processes« which he recorded on audio tape. Within the given limits of socialist art, there was no place for this highly complex work, which meant that public reception in the GDR was largely denied him. It was not until 1989/1990, in the years of political change after the fall of the Berlin Wall, that Claus was granted numerous awards and high honours. He was a member of the Berlin Akademie der Künste, received prestigious art prizes, and was made an honorary professor of the Free State of Saxony. He also received the Order of Merit of the Federal Republic of Germany.

In keeping with his will, Carlfriedrich Claus’s estate became a permanent part of the holdings of the Kunstsammlungen Chemnitz. In 1999, Chemnitz entrepreneurs created the conditions for establishing the Stiftung Carlfriedrich Claus-Archiv (Carlfriedrich Claus Archive Foundation). Fulfilment of Claus’s legacy has enriched the Kunstsammlungen Chemnitz with a magnificent complex of contemporary art. The Carlfriedrich Claus Archive preserves 575 hand-drawings and about 850 prints and state proofs by the artist, as well as works by artists in his circle of friends – including Bernard Schultze, Fritz Winter, Willy Baumeister, Gerhard Altenbourg, Michael Morgner, Klaus Sobolewski, Josef Hiřsal, and Ian Hamilton Finlay. The acoustic work of Carlfriedrich Claus is available on 15 reel-to-reel tapes and 267 cassette tapes. Manuscripts, diaries, notebooks, photographs, and negatives, a newspaper archive, and personal and family documents give insight into the artist’s way of thinking and his personal biography. In addition, the estate also contains more than 22,000 letters. Carlfriedrich Claus corresponded with internationally renowned intellectuals and members of the art and cultural scenes, including artists such as Raoul Hausmann, Fritz Winter, and Hans Arp, authors such as Christa Wolf and Erich Ahrend, the philosopher Ernst Bloch, and the art historian Will Grohmann. The exchange of letters thus reflects the theories and debates of those years and the historical backdrops of the time. An important addition to the artist’s oeuvre is his complete library of some 10,000 volumes, including rare dedication copies and first editions.

The exploitation rights of Carlfriedrich Claus lie with the Stiftung Carlfriedrich Claus-Archiv at the Kunstsammlungen Chemnitz and VG Bild-Kunst, Bonn. Please do not hesitate to contact us if you have any questions regarding these rights. 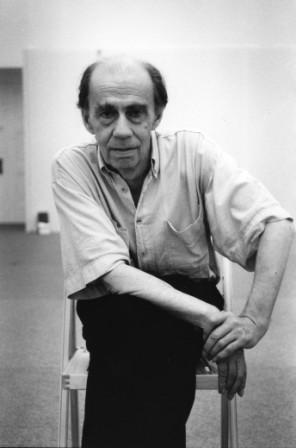