The Museum Gunzenhauser is devoting an extensive exhibition to the internationally esteemed artist Willi Baumeister. Alfred Gunzenhauser became interested in Baumeister at an early stage and acquired the first work for his Baumeister Collection directly from the artist in 1955. Today, the Museum Gunzenhauser’s holdings of paintings by Willi Baumeister are the third largest in a public collection in Germany.
The retrospective exhibition includes works from all phases of the artist’s career and so not only highlights this exceptional artist and his theoretical and artistic stances, but also presents him as a key player: artist, theorist, teacher, critic and collector all in one. Baumeister’s networking activities make up one focal point of the exhibition. These were of great importance not only for his own artistic development, but also for the dissemination and reception of ideas. The exhibition makes that extensive network apparent by including works by colleagues and disciples of the artist. In this way Baumeister’s theories and their influence on others can be scrutinised visually. Emphasis is also being placed for the first time on how Baumeister was perceived and received in the GDR. The art collection, library and writings of Carlfriedrich Claus, for example, testify to his admiration for, and engagement with the work of Willi Baumeister. 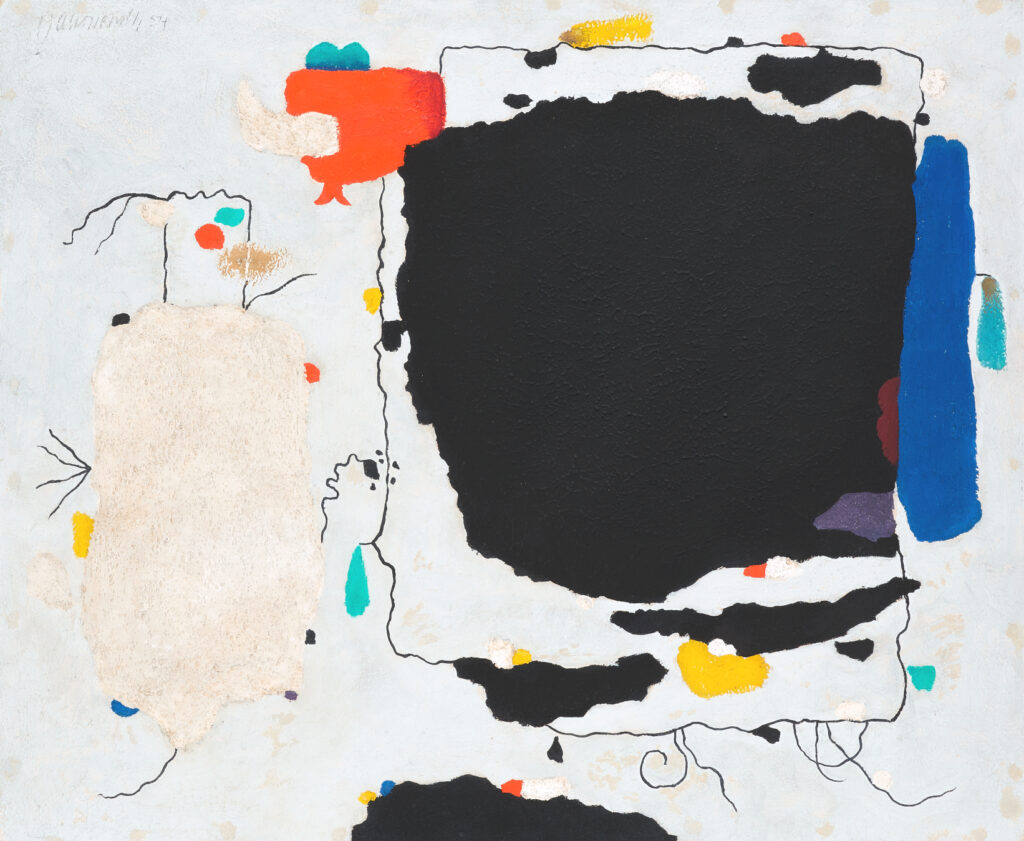