Performance, provocation, breaking of taboos, violence – there is no equivalent to the 1960s works of the artist-duo Uwe Lausen (1941–1970) and Heide Stolz (1939–1985). The works were created in a period characterised by considerable upheaval and radical change, and in which a new generation reckons with traditional conventions with an unprecedented degree of vehemence. The photographs by Stolz and the works on canvas and paper by Lausen tell of the individual’s role in the changing social context of the Federal Republic of Germany in the 1960s; they also speak of close artistic exchange and mutual influence.

While Uwe Lausen’s early works were still characterised by the expressive-figurative painting of the CoBrA und SPUR artist groups, he switched to realistic motifs from the middle of the decade onwards, influenced by emerging British and American pop art. In their respective work both Lausen and Stolz seek to expose and artistically render the contradictions and tensions in post-war German society and of their parents’ generation: saturation, the conscious negation of uncomfortable aspects of recent German history, the repression of individual, autonomous action, as well as paralysis of the free development of the individual in a materially saturated environment.

The retrospective is organised in cooperation with the Staatsgalerie Stuttgart on the occasion of the 50th anniversary of Uwe Lausen’s death. Selima Niggl, author of the catalogue raisonné of Uwe Lausen’s paintings, is co-curator of the exhibition. 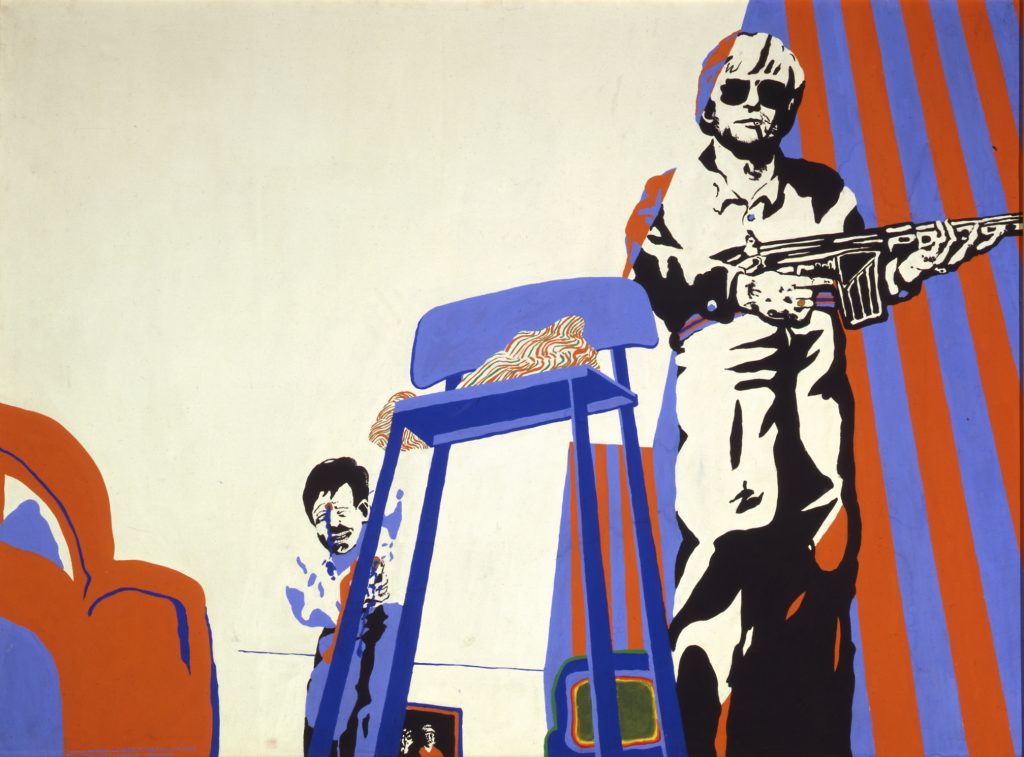