From November 4, 2018 to January 13, 2019, the Kunstsammlungen Chemnitz are showing the first solo exhibition in Germany of works by the Chemnitz-born painter Helene Funke (1869-1957). Some of the approximately 60 paintings, graphics and drawings from numerous international lenders were considered lost and will be on public display worldwide for the first time. A special feature of the presentation are photographic self-portraits, ‘selfies’, which Funke already made of herself at the beginning of the 20th century.

Helene Funke, whose 150th birthday is celebrated in 2019, founded an independent form of Expressionism. She studied alongside Gabriele Münter at the Ladies’ Academy in Munich, exhibited with Matisse and Picasso in the Parisian salons, and celebrated successes as a painter and graphic artist with multiple awards alongside Klimt and Schiele in Vienna. Unusual portraits of women and groups of women became her trademark: she freed women from their passive role in society, made them active observers and at the same time emphasized their self-confident and conspiratorial role within a female community. At her time she was the only modern artist from Chemnitz who achieved international recognition. Despite her more than 40 exhibition participations from Paris, Hamburg to Stockholm, Funke died impoverished and forgotten in Vienna in 1957, her artistic estate was scattered. It is only in recent years that her work has been rediscovered.

The show traces Funke’s artistic path from Munich via Paris to Vienna: Funke’s brilliant colours, wild brushstrokes, her expressive portraits, female nudes and landscapes continue to fascinate to this day. Not only is she presented as an expressive artist of the past, but her presence is also underlined, for example when it comes to her self-image as an emancipated woman, or to special features of her work, such as her photographic self-portraits, i.e. ‘selfies’, which for her were a means of trial and error and of self-design.

The Kunstsammlungen Chemnitz would like to thank Peter Funke, the artist’s nephew, for his tireless advice and great support in the preparations for the exhibition and catalogue.

A richly illustrated, 160-page catalogue with text contributions by renowned authors will be published by Sandstein Verlag, Dresden (29,- Euro). 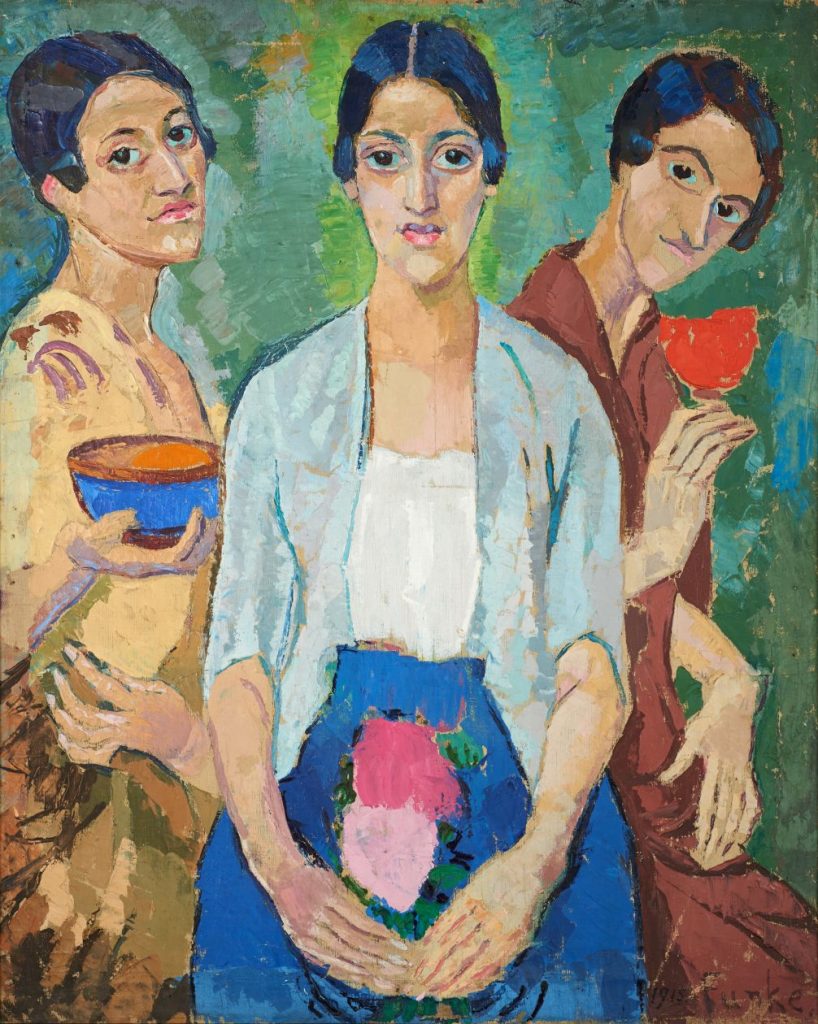