Old Chemnitz was destroyed during the Second World War. But was Chemnitz really »old« in the pre-war period? Thanks to the then young medium of photography, the enormous changes that took place in the city’s structure between 1870 and 1914 are documented in photographs from the collections of the Schloßbergmuseum. Industrialisation in the 19th century initiated a process of change of hitherto unknown dimensions. In the boom of the Gründerjahre Chemnitz grew to be a large city. The often highly detailed photographs taken with plate cameras are the first, and at the same time last photographic documents of the city’s appearance before the great reconstruction resulting from industrialisation. What is more, it is possible today with the help of digitization to amalgamate the surviving photographs to form an overall image and thus make the momentous scope of the events visible. 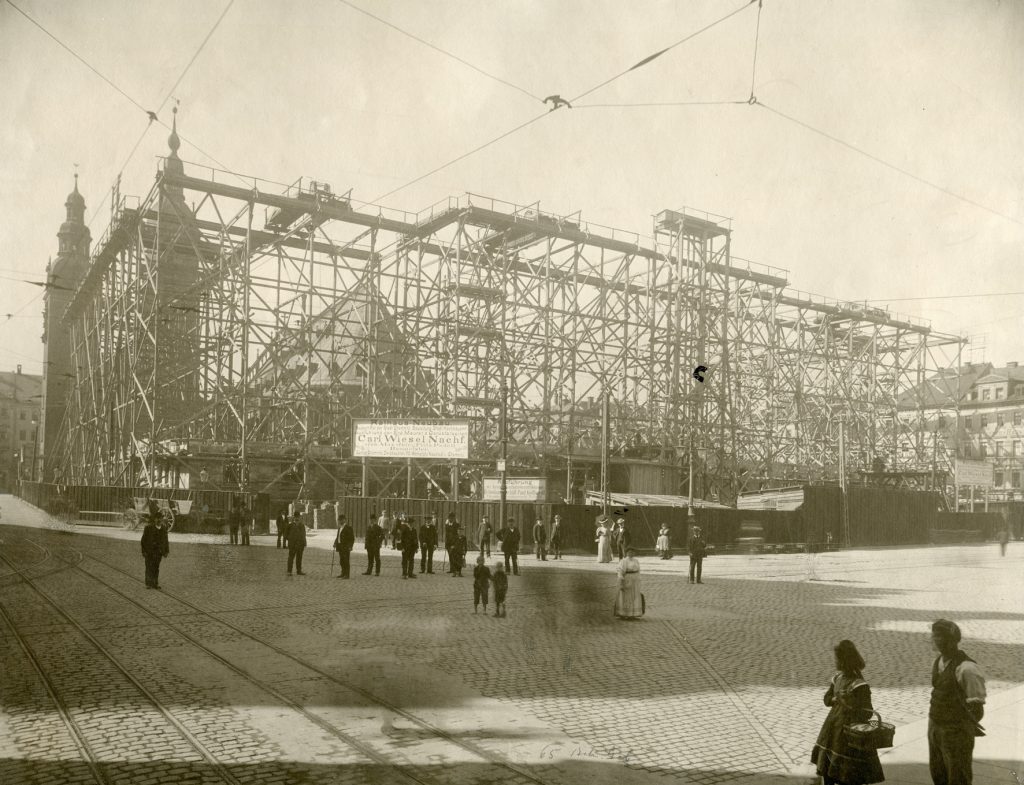