to leave for a place

Accompanying the exhibition Michael Morgner. Lifelines, the Kunstsammlungen Chemnitz is presenting works by Deborah Geppert, Ayala Shoshana Guy, Michelle Harder and Jana Mila Lippitz with to leave for a place. On view are expansive installations, video works and photographs in which the artists deal with fundamental questions of human existence. The thematic proximity to the works of Michael Morgner (*1942) illustrates the unbroken topicality of these questions, which are discussed here from the perspective of another generation.

In man’s search for his place in this world, the relationship to his natural environment plays an essential role. The ambivalence between alienation from nature and a simultaneous longing for it is negotiated by Deborah Geppert (*1992) in a multimedia installation that explores the boundaries between organic and digital environments. Jana Mila Lippitz (*1988) finds a different artistic language for the aspect of longing for nature in her photographs of the sea. The artist directs the viewer’s gaze to the movement of the water and its fine structures and enables moments of tranquillity on the part of the viewer, which people also seek in real experiences of nature. Ayala Shoshana Guy (*1992) deals with experiences of existential threat and the processing of personal and collective trauma in a video work that tells the story of her Jewish family’s flight from the Nazis in the late 1930s. From the perspective of the third generation, she traces the traumatic experiences and their effects and their effects, which are still present today, with a collage of stories that have been handed down and imagined memories. The traces and relics that a person leaves behind in the course of his or her life and that point to a past existence are the subject of the expansive installation by Michelle Harder (*1995). The artist creates barren, porous landscapes in which fragments of human bodily forms seem to dissolve, similar to a stripped skin. 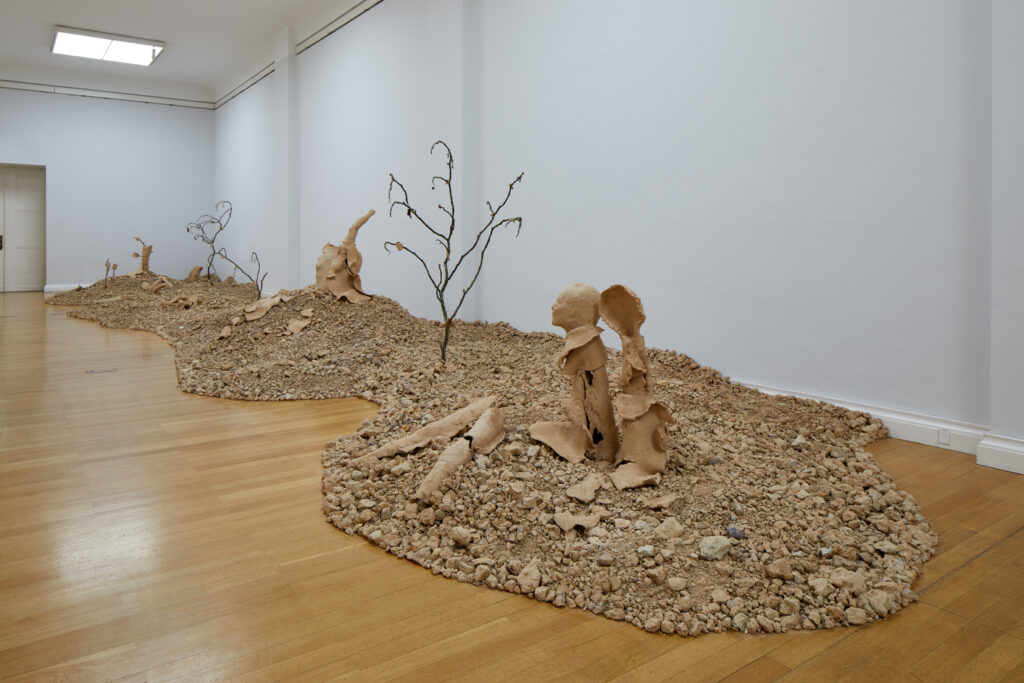 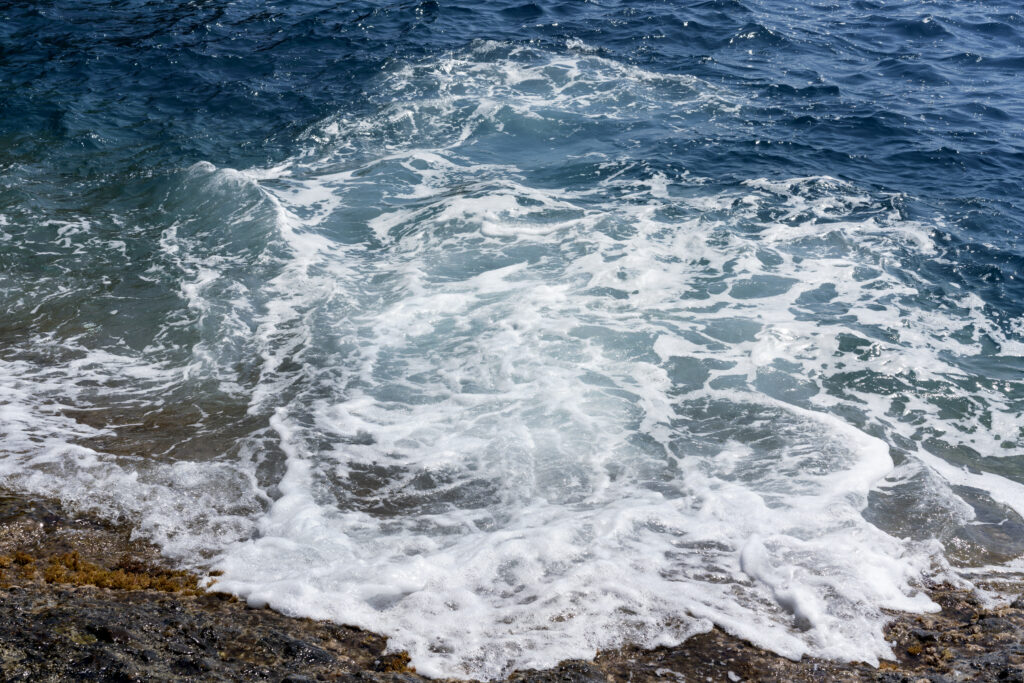 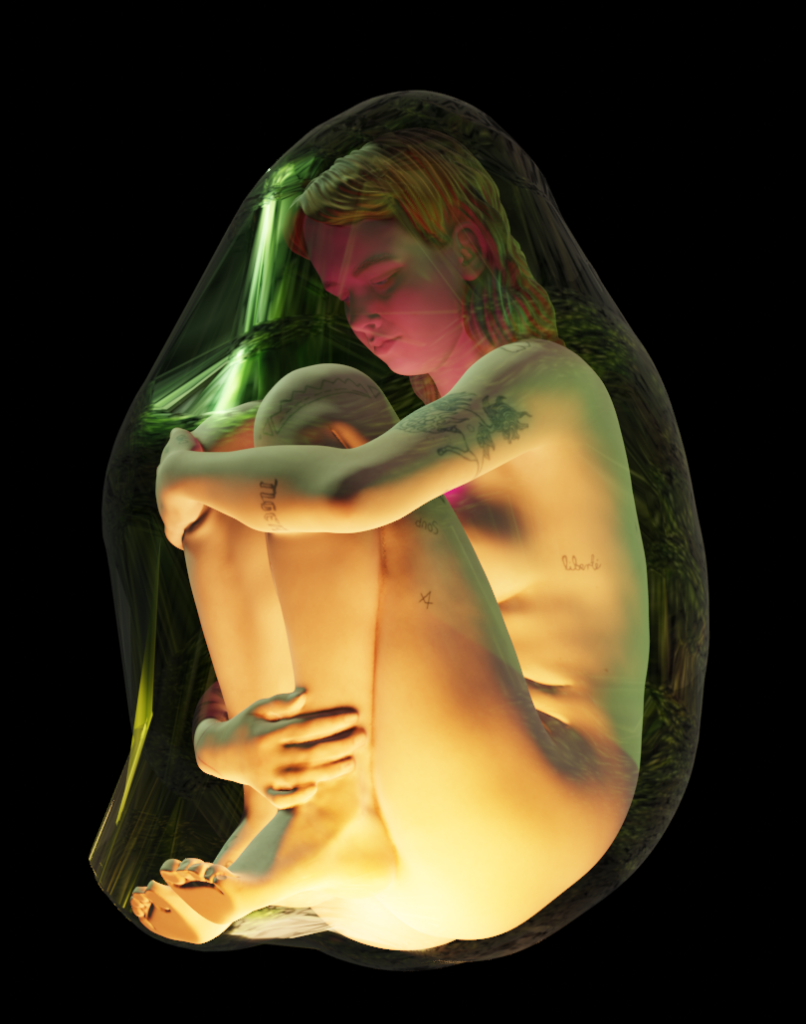 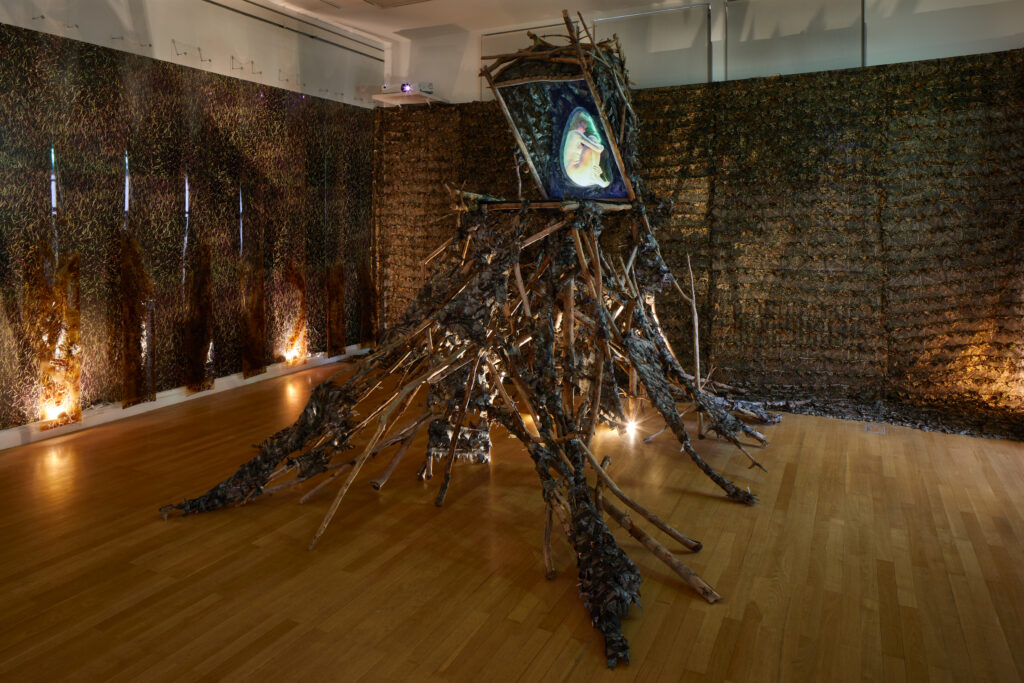 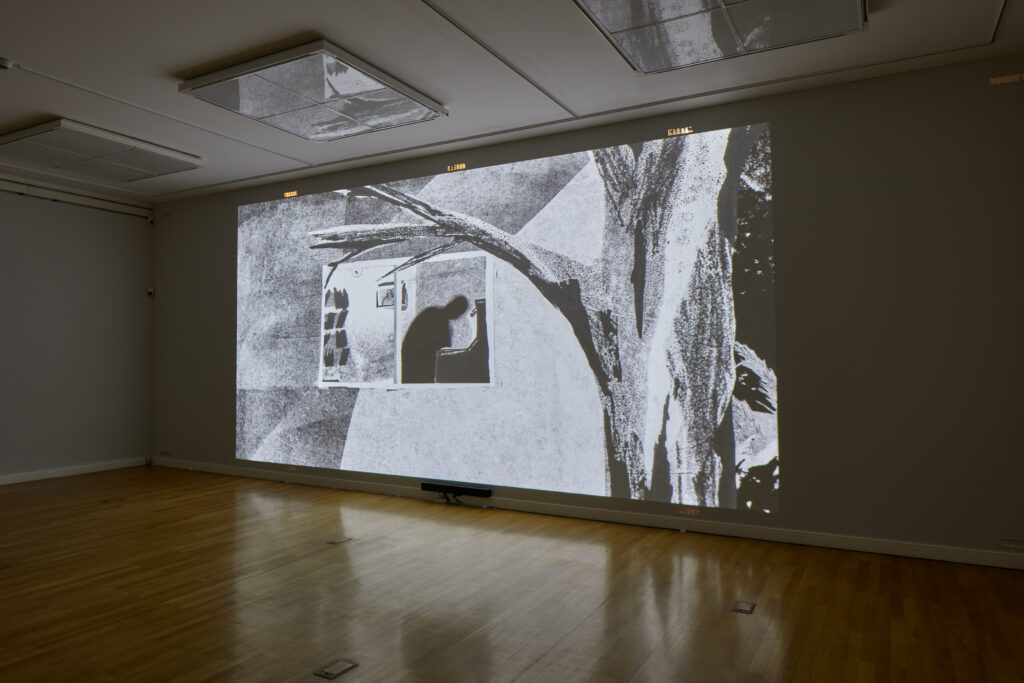 Ayala Shoshana Guy
I Will Take Your Shadow, 2021

Ayala Shoshana Guy
I Will Take Your Shadow, 2021