Helmut Kolle and sculptures from the Gunzenhauser collection

Alfred Gunzenhauser was one of the most important collectors of Helmut Kolle’s works. His entire creative output spans a mere decade of his short life, but in that time he developed his own characteristic style, which adopts and makes use of Expressionist and Cubist influences.

In 1924 Kolle together with the famous art historian and writer Wilhelm Uhde moved to Paris. There the young painter received recognition, exhibited successfully and came into contact with contemporary French art, which subsequently left clear traces in his own work. Kolle’s development as an artist culminated, in respect of form and aesthetic, towards the end of the 1920s.

Just how closely life and art are interlinked for Helmut Kolle, can be seen in the frequency with which he makes his own person the subject of his artistic work. This is demonstrated on the one hand in the numerous self-portraits and on the other in the indirect confrontation with his health in the form of large-format pictures of boxers, bullfighters and other groups of people, including cyclists, riders and jockeys. Kolle suffered all his life from severe asthma and a weak heart which often drove him to despair at his poor health. For Kolle, sublimation through art is an existential means of coming to terms with life. In his oeuvre, for example, he repeatedly chose to portray young, powerful-looking men who radiated physical strength and presence – a projection of what was denied him throughout his life.

Parallel to a selection of Helmut Kolle’s paintings, a presentation of sculptures from the collection is on show. Although sculpture was not a main focus of Alfred Gunzenhauser’s collecting activities, the museum nevertheless has several high-ranking sculptures dating from the 19th century to the present. Alongside works by Franz von Stuck, Renée Sintenis’ boxer Erich Brandl, created in 1925, is shown as a counterpart to Helmut Kolles’ painting Selbstbildnis (Junger Boxer), also painted in 1925. Sintenis was a famous sculptor, who in 1931 was made a member of the Prussian Academy of the Arts – one of the first women after Käthe Kollwitz. However due to her Jewish ancestry, she was persecuted by the National Socialists, expelled from the Academy in 1934 and her works seized. After the war, however, she was able to build on her former artistic successes. 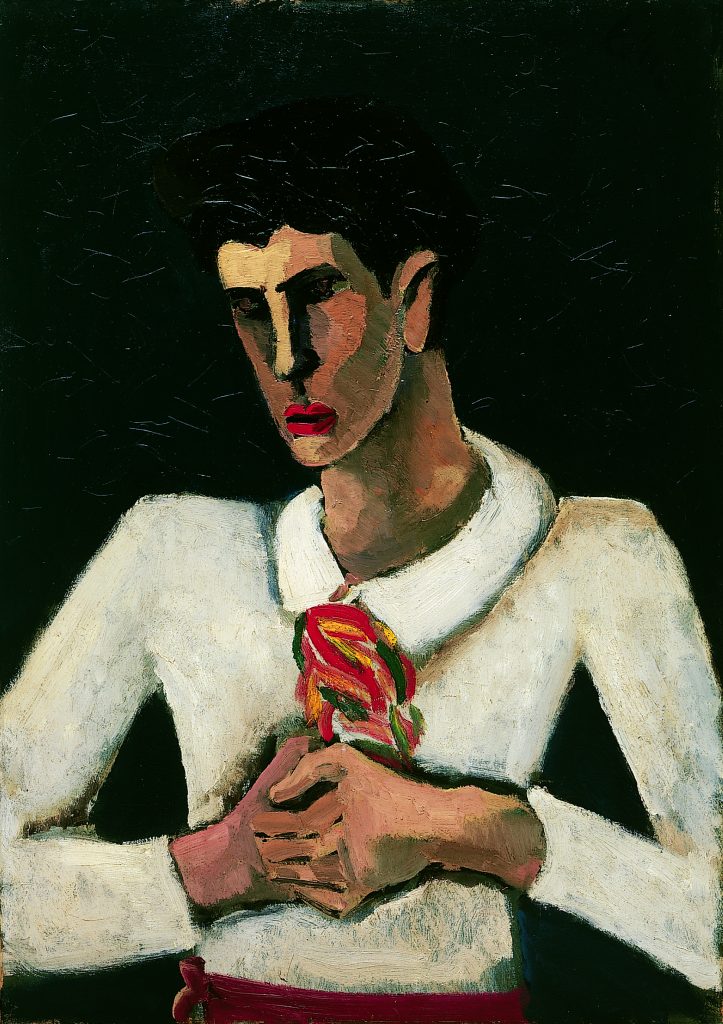 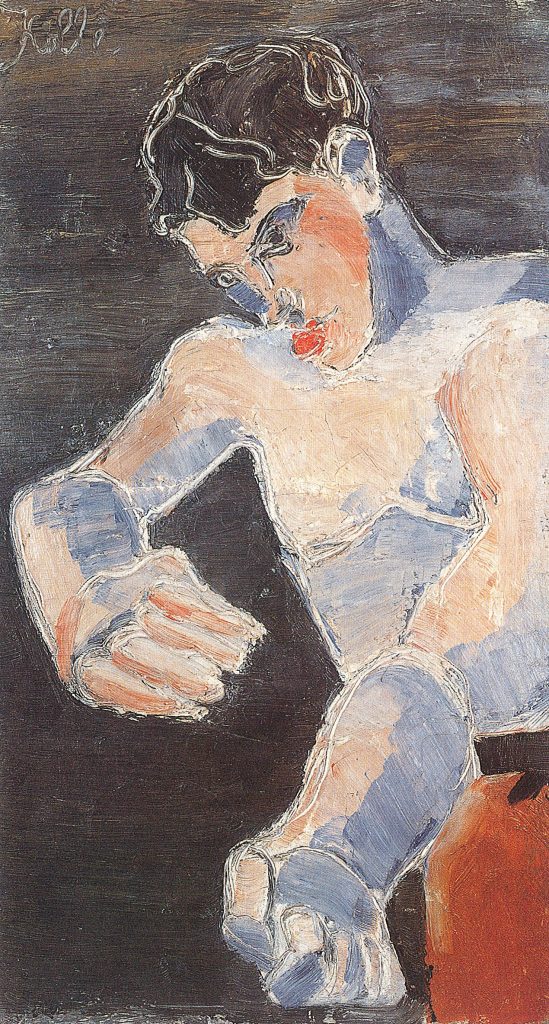 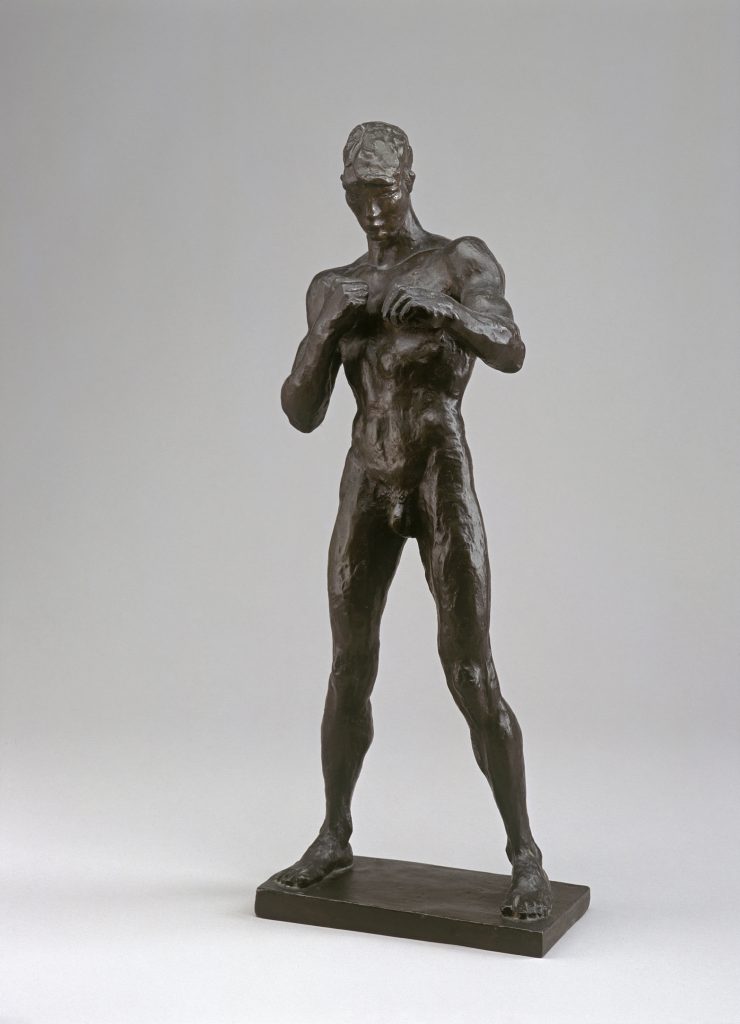 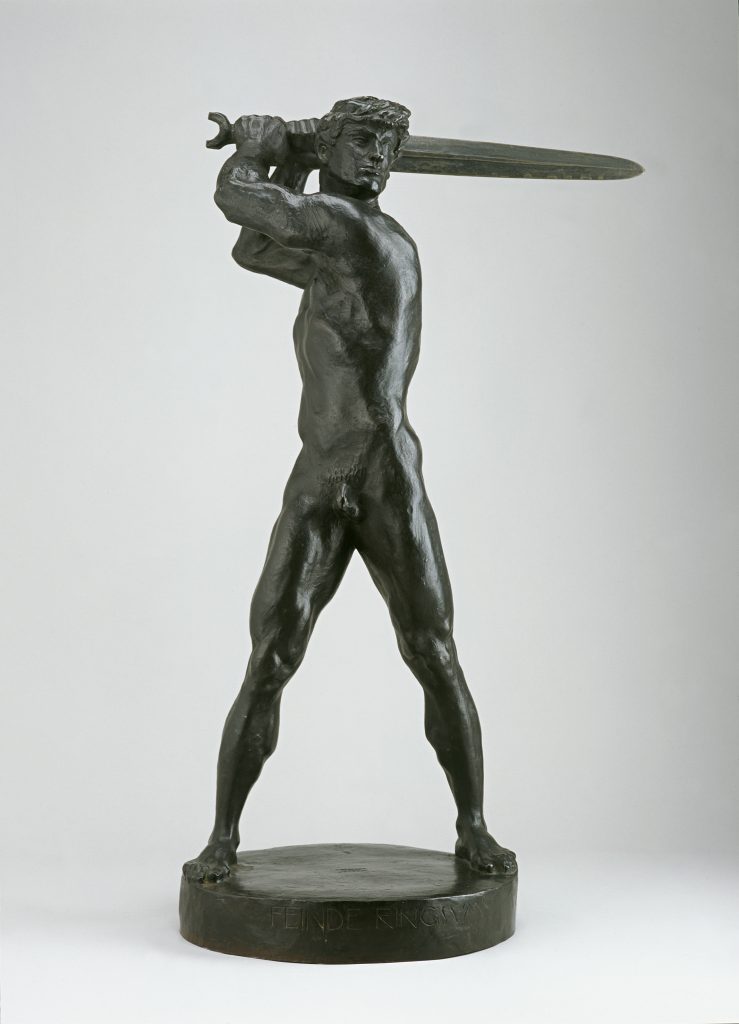