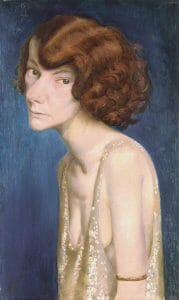 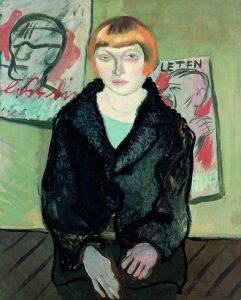 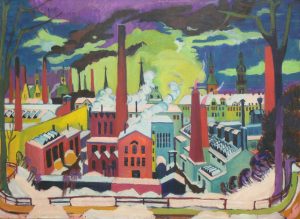 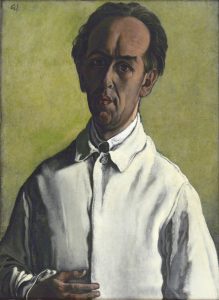 In clear forms the artist presents himself in his painting smock. This painting style will later be called “New Objectivity”. Before the restoration, dirt deposits, a yellowed varnish and over-painting severely affected the appearance. A decorative frame was also missing. Careful surface cleaning, removal of the yellowed varnish and over-painting produced the original layer of paint. Defects were retouched. 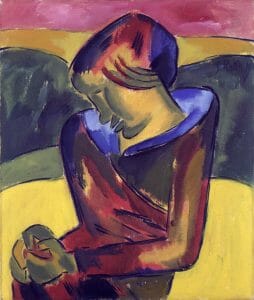 A more than unusual portrait, at the same time a thoroughly color-painting experiment in the primary colors. These are also used in complementary contrasts. The figure is not captured by the almost pure surrounding colors, but merges with them. A young girl sits with her hands on her knees in a sunken gaze as if it were holding something. Numerous portraits were created in the first year of peace after the First World War, a moment of artistic self-reflection by Schmidt-Rottluff. In 1919 he married Emy Frisch, but his sister Gertrud could also have stood model (cf. “Der Besuch”, “The Visit”) could also have posed for the portrait. A comparable counterpart in style can be found in the ‘Galerie der Moderne’: the “Young Man with a Pipe”. 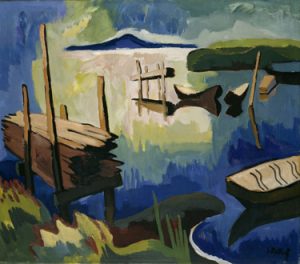