The world in a box
Guckkastenbilder aus dem 18. Jahrhundert

In the period around 1760, fairground people at annual funfairs promised audiences the illusion of a trip to distant cities by allowing them to look into a box. Views of gondolas and sailing boats, castles and cathedrals, gardens and airships could be seen with the aid of one or two optical lenses and a mirror together with pictures with a heightened perspective. The 35 colourful sheets from the Graphics Section of the Schloßbergmuseum originated from publishers in Paris, London, Augsburg and Bassano del Grappa. The descriptions were written mainly in German and French. The title of the coloured sheet (here for example showing the second aerial voyage of Jacques Alexandre Cesar Charles with the Robert brothers in the royal garden of the Tuileries in Paris on 1 December 1783) appeared in reverse on top of the image thus making it legible for the peep box viewers. 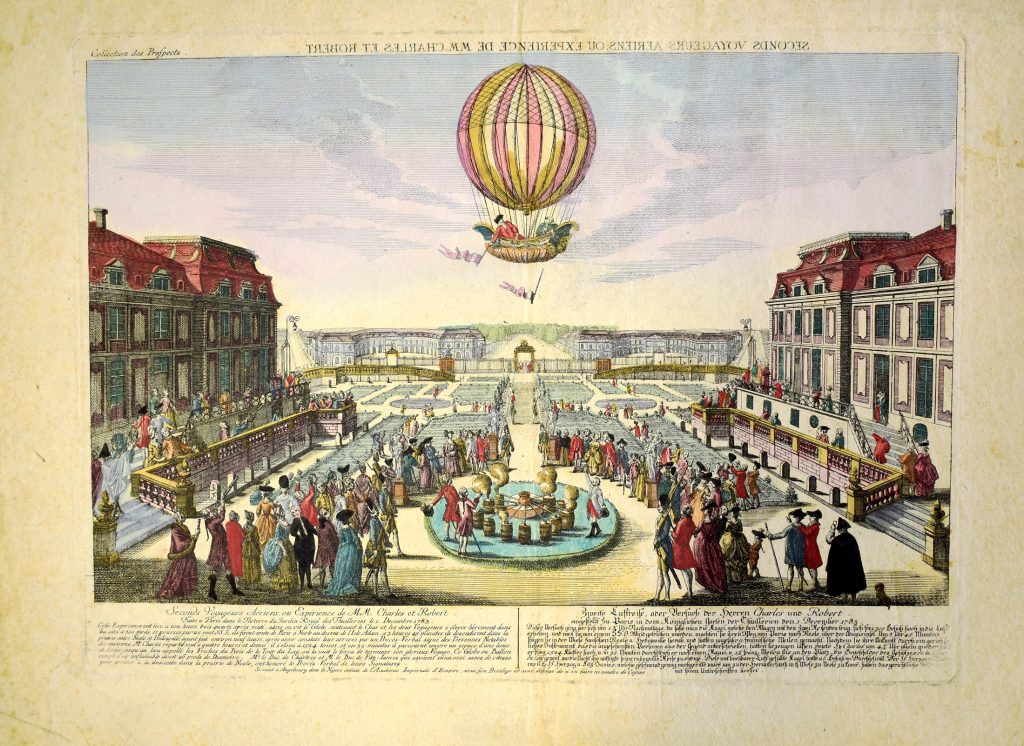 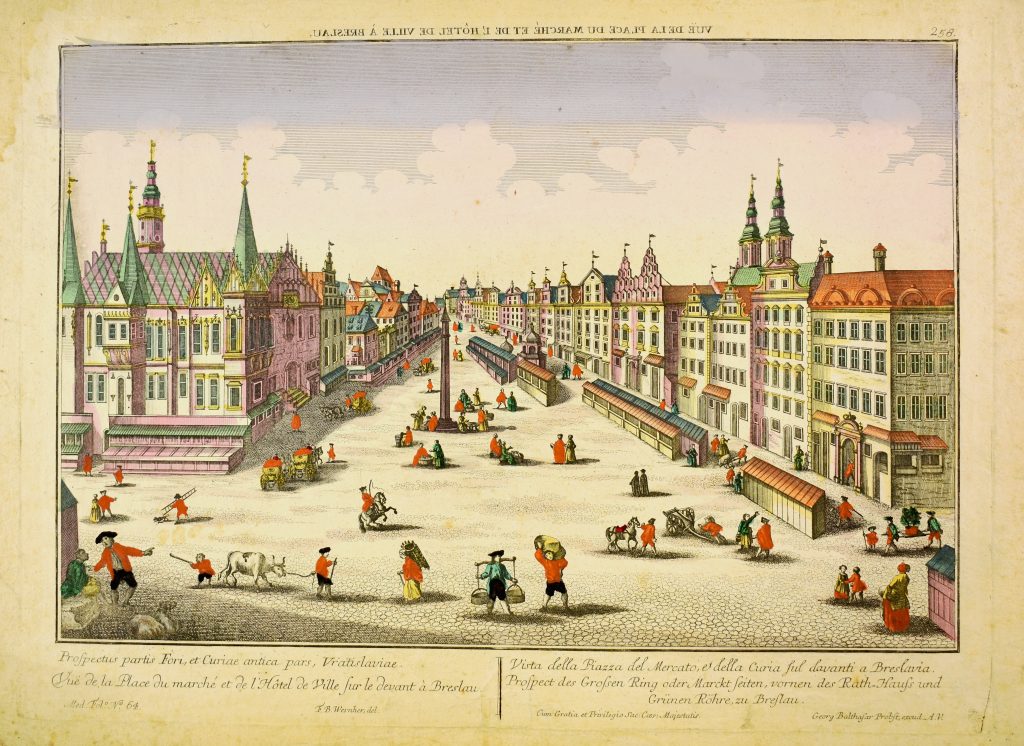 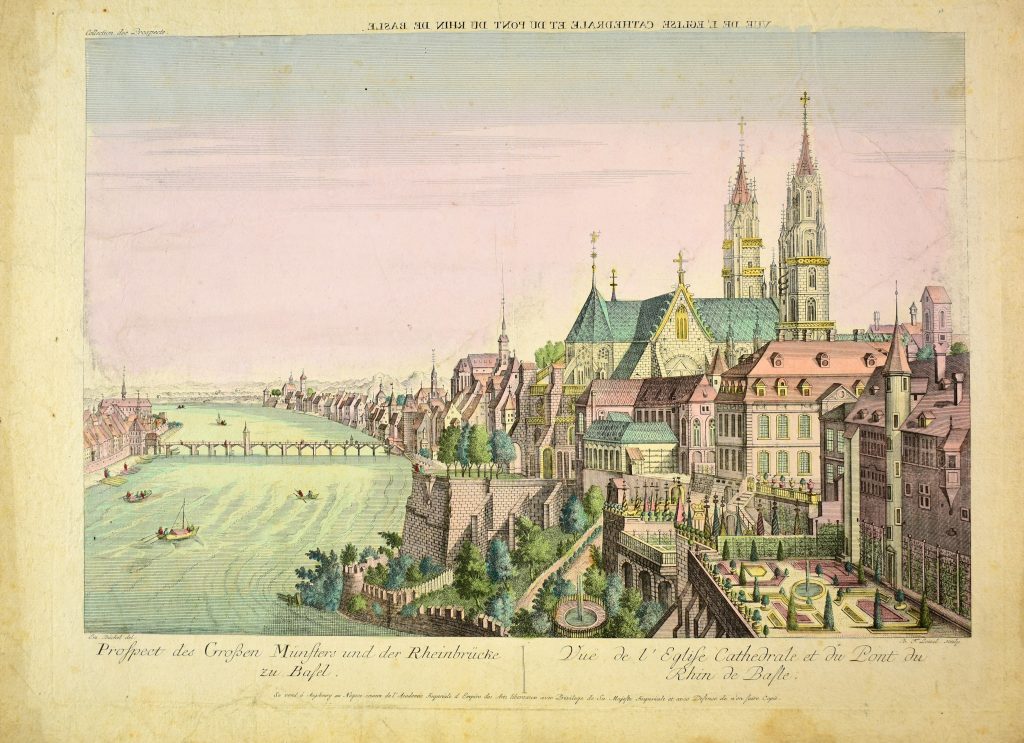 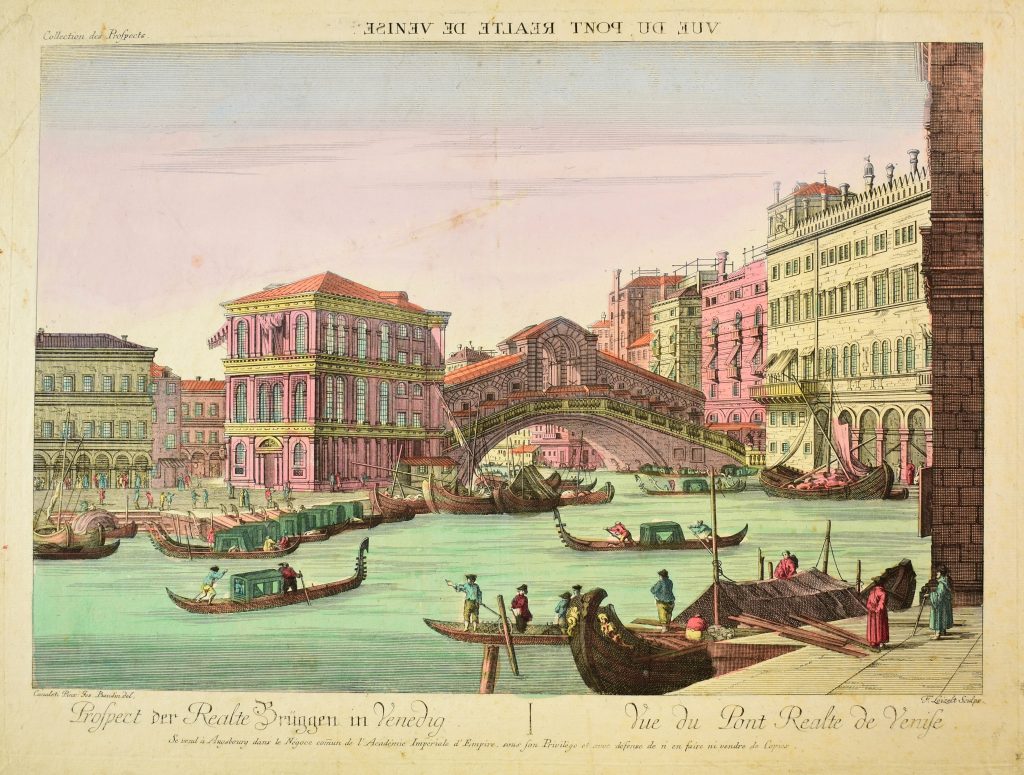